A Swarm of Self-Transforming robots: an MIT vision 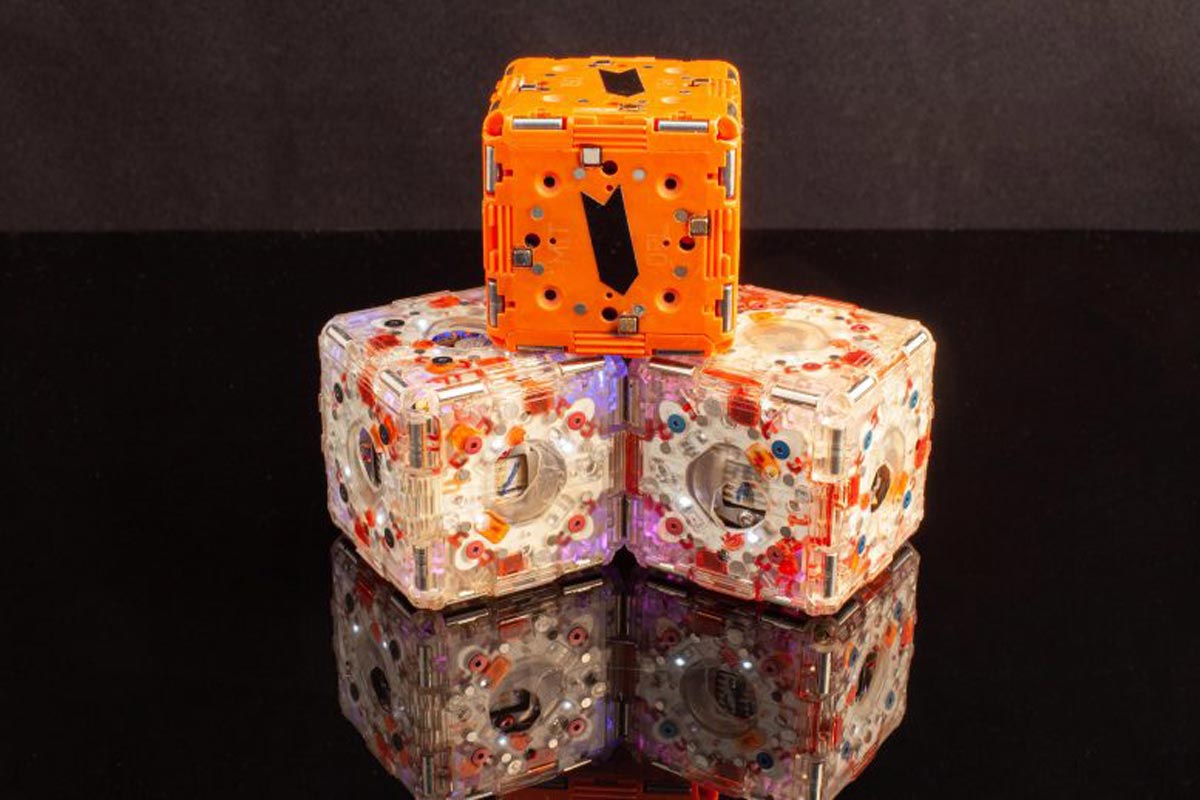 The M-Blocks can “swarm up” – self-assemble in forming various structures. Thus, the swarm concept no longer belong to drones only. In future, it might be utilised across for activities currently involved with complicated and sometimes life-risking human activities.

It took six years of iterative improvements to build up the self-assembling robotic cube swarming functionalities, as demonstrated by the MIT Lab researchers.  The robots can climb over and around one another, leap through the air, and roll across the ground. The demonstrated autonomous fleet of 16 M-blocks can accomplish simple tasks and other behaviors, such as forming a line, following arrows, or tracking a light. 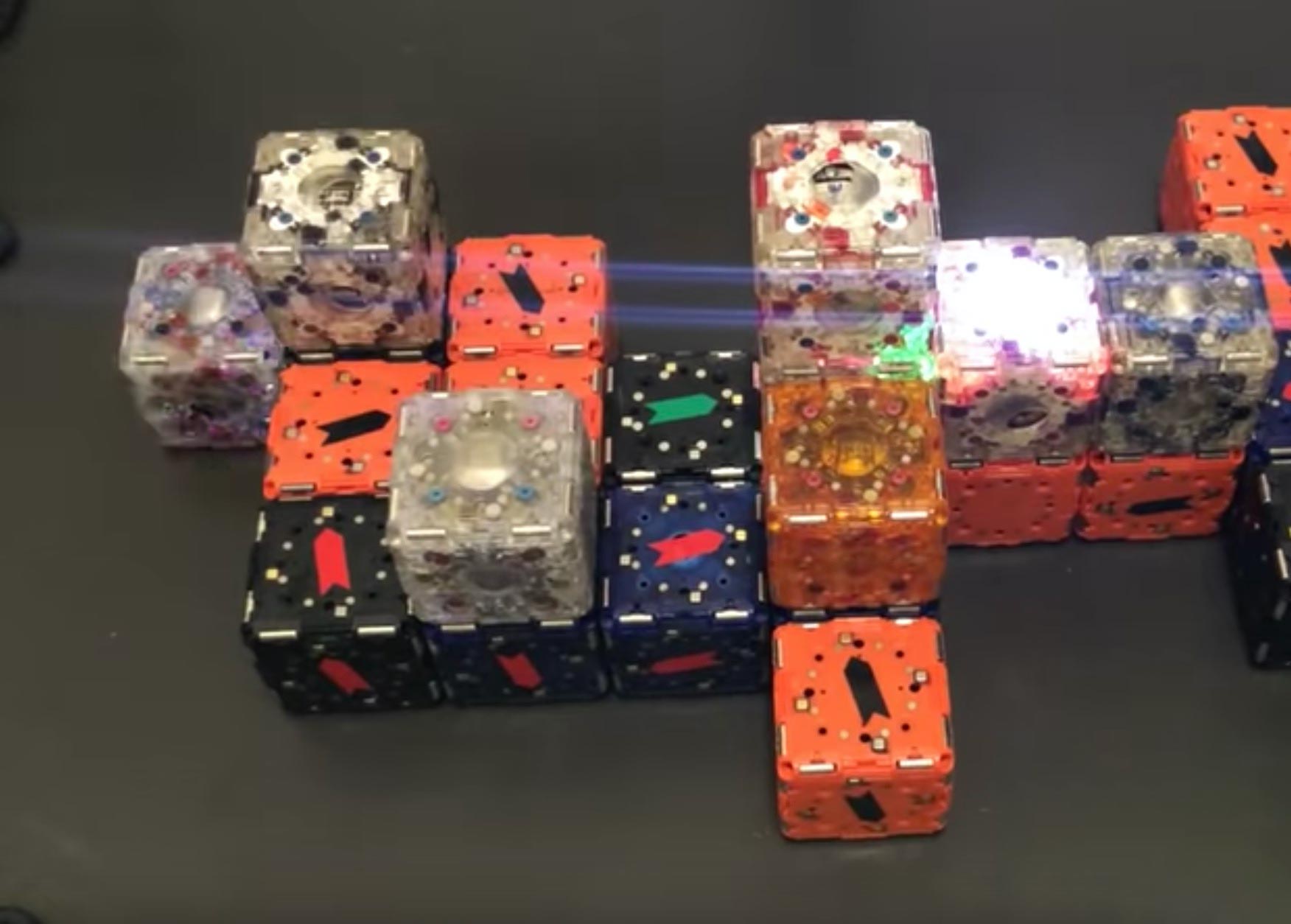 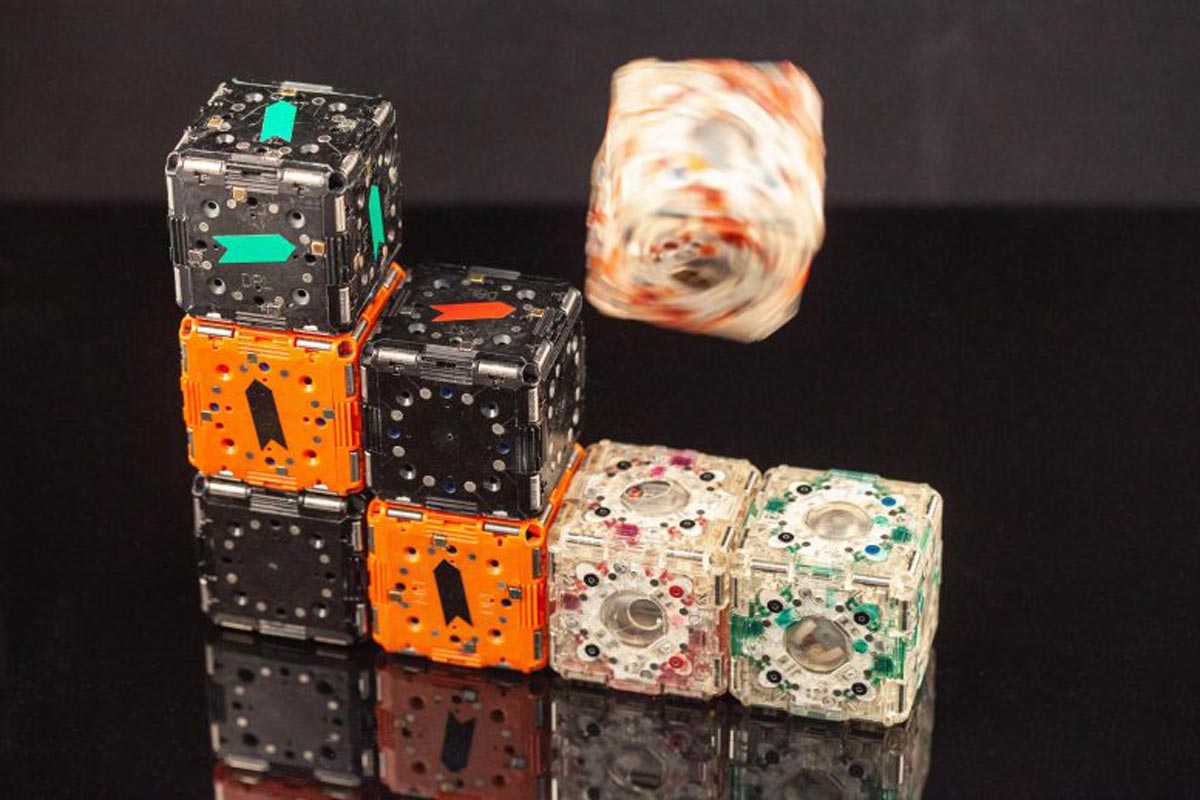 The idea behind a swarm is that each item of the swarm, in this case an M-Block, contributes its own basic abilities in order to fulfill a larger goal of the swarm. In this way, complex tasks can be accomplished, even if one of the M-Blocks has been damaged or becomes dysfunctional during the process.  It is assumed that another M-Block will take over the task, until the main goal or goals are achieved. While this approach requires some built-in redundancy, i.e. more robots than the minimum number of robots required for the task, it also installs reliability and “common brain”, allowing de-centralisation, simplicity, flexibility and extreme robustness in design and operation.

What are the possible future applications of such a cube-based swarm? Imagine a burning building where a staircase is no longer accessible, or even burned down completely. In such a scenario, cubes placed on the ground can build up a temporary staircase, allowing rescue forces to climb up to the top floor or to go down a basement. In future, MIT researchers hope to make large scale swarms, capable of self creating complex structures, with possible application in health care, rescue, manufacturing, gaming and more.

Where does the M-Block innovation lie?

Previous modular robot systems typically tackle movement using unit modules with small robotic arms known as external actuators. These systems require a lot of coordination for even the simplest movements, with multiple commands for one jump or hop. The researchers handle this challenge by mobilising the cubes by jumping. A flywheel has been installed inside each modular M-Block.  The flywheel rotates at 20,000 revolutions per minute, utilising angular momentum when the flywheel is braked. On each edge and every face of the cube, there are permanent magnets, allowing two cubes to be attached to each other, and once attached, they can move together and connect to assemble structures.

Another challenge the team had faced was making these cubes communicate and reliably identify the configuration of neighbouring modules.  Previous attempts to solve the challenge used infrared light or radio wave communication. This approach introduced interference and messy communication channels, resulting from the relatively small volume of the cubes structure.

The selected approach uses a barcode-like system; each cube has a unique barcode, the robots can sense the identity and face of what other blocks they’re connected to.

No doubt the vision of MIT researchers – using robots for various tasks performed by humans, often at personal risk, in natural disasters such as fire or mudslides, can be another significant leap towards a better future. It will take some years before we will see real life applications in action of this technology. Yet, it paints a clear picture towards the future.