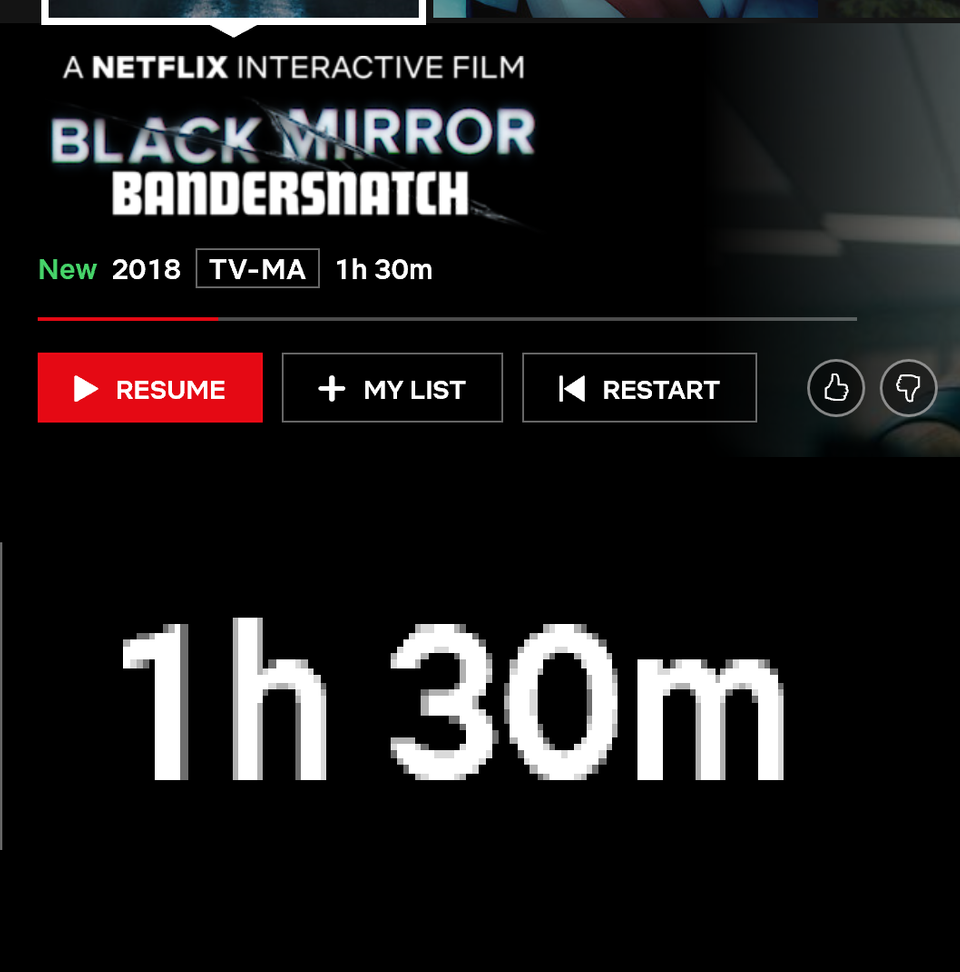 Netflix’s interactive, innovative Bandersnatch is watching your every move. It’s just another face of surveillance capitalism

The viewers are asked to select how they want the storyline to go, with five possible endings. It’s an innovative format of streaming TV: the audience gets to interact with the story, and Netflix gains a unique opportunity to get real-time feedback and analytics on what viewers want to watch.

There was speculation that Bandersnatch is largely a data-harvesting operation.

Michael Veale, a technology policy researcher at University College London, decided to test this theory. Under European data protection law (GDPR), he forced Netflix to disclose any information that they’d collected on him during his Bandersnatch bingeing. And he discovered that Netflix had indeed been watching: recording his decisions in Bandersnatch and storing them long after the show ended.

Why does it matter whether Netflix knows that you prefer Frosties over Sugar Puffs? Maybe there’s a correlation between Frosties fans and thriller junkies. By generating a picture of your preferences, Netflix can target you more specifically for future subscriptions.

If Netflix thinks that one of your decisions in the episode will help them sell to you more specifically,  they’ll pinpoint the date, isolate it, and take advantage of it for coming productions.

The habit of collecting “additional” information about users in a service, without asking for permissions or providing an explanation about how the data will be used, is nicknamed “surveillance capitalism”.

We’ll explore surveillance capitalism and other aspects of our digital life in more detail at QODE Brisbane.