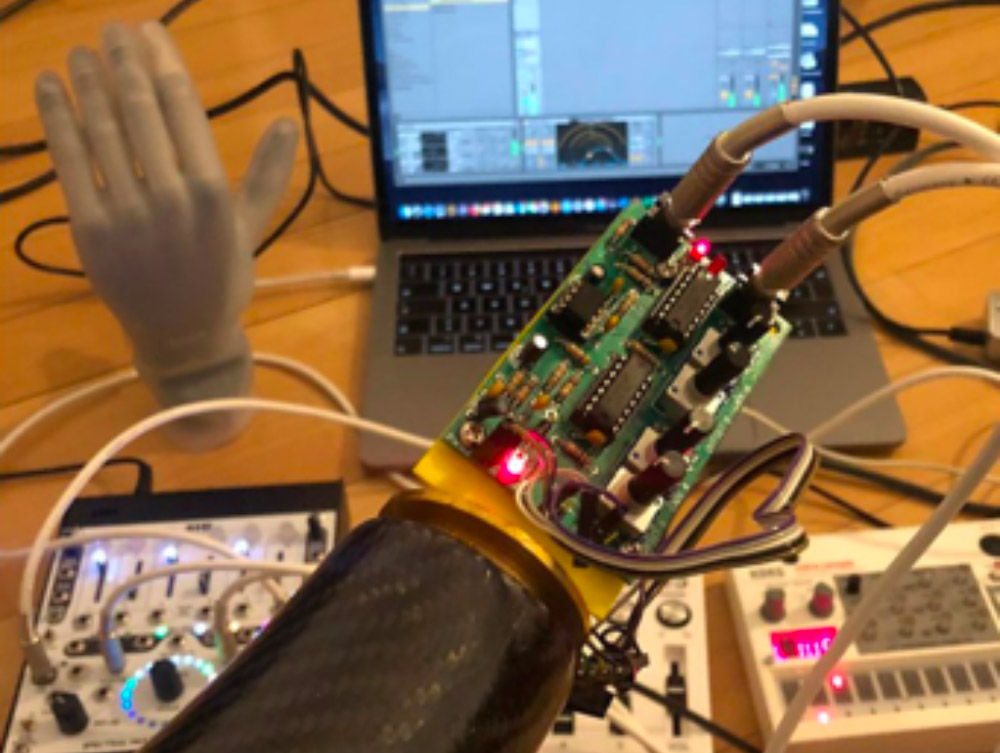 Increasing access to technologies has introduced this new wave of hacking prosthesis.

Authored by: Mr Simeon Gover
Andrew N. Liveris Academy for Innovation and Leadership at The University of Queensland, Brisbane.

Bertolt Meyer, Professor for Work and Org Psychology, has a passion for electronic music (1). This passion has led him to DJ, where an issue arose. Sound boards and other DJ equipment requires fine dexterity in both hands to operate to their full potential. This is where Meyer’s disability posed an issue.

While many take for granted the ability to manipulate their surroundings with ease, Meyer was born without his lower left arm. Meyer considers himself privileged however, only having what he describes as a minor disability compared to others (2). Nevertheless, this minor impairment creates great troubles as he tries to manipulate the equipment around him. To counteract this, Meyer has worked with several friends and colleagues to create an adapter that connects his prosthesis directly to the sound system… controlled by his mind!

The adapter uses the already existing machinery in his prosthesis that monitors which muscles are contracting and redirects the signals, through aux cables, into the DJ kit. While still being in early prototypes, Meyer can already control two simultaneous effects through the prosthesis adapter.

This notion of prosthesis hacking has become more prevalent in recent years, with the idea that prosthetics don’t need to just ‘replace’ normal function but can also enhance and push it further. As advanced technologies become more available for general use, it poses the question just what they will be used for. Most modern pop-culture references for example, portray these hacked prostheses as a common villainous trait (2). No doubt however, that as more advancements move further mainstream, their ability to enhance the users experience as well as those around them will be recognised.