Amazon orders an unprecedented number of commercial EVs from a startup 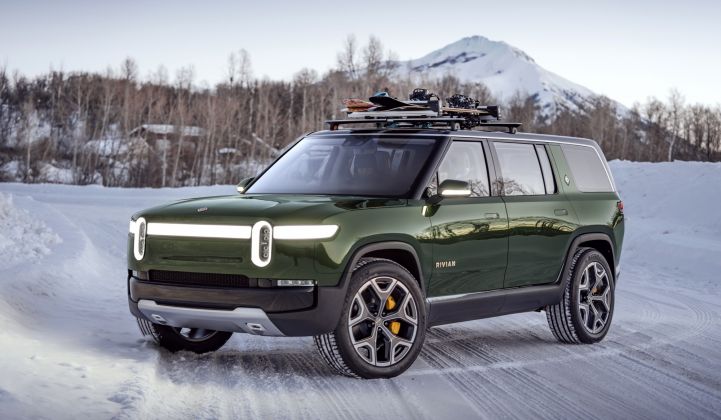 It has the potential to change the EV and last-mile logistics industry forever.

Amazon has made a decision, set to change the commercial auto industry.

As Tesla is a synonym for the spearhead of private electrical vehicles. Rivian is a startup that might be the Tesla of light commercial electric vehicles. In February 2019, Rivian received a US$700m investment led by Amazon. Later that year, in April, Ford motor company invested an additional US$500m. Recently, Amazon has announced an order of 100,000 Rivian’s units. All while delivery will commence in 2021, and conclude in 2030.

So, to give you some perspective on the size of this order take the following:

Why is this important?

First, it aligns almost any technology vendor in the EV market. Every vendor would love to see their technology in Rivian’s cars.

It is a pilot of a gigantic scale. Lessons from Amazon’s deployment of such fleet will be learned and implemented in generations of EVs, every year in the coming years. We are expecting to see continued reduction of costs, increase efficiencies, and acceleration of technology refinement, much needed before such vehicles become the mainstream choice for the commercial vehicle buyers. We might see 3-5 generations of Rivians within this year’s contract.

What does this all mean for charging infrastructure? Jeff Bezos says 10,000 vehicles will be deployed by 2022. So, this order might not affect the network in the short term, but will boost investment for the future, given the clear intent to put a large number of commercial EVs on the road. It also has the potential to greatly diminish the value of petrol-fueled light commercial vehicles, within only a year or two. It means that local and international distribution companies will have to recalculate their strategy, in order to stay competitive.It also means that Amazon might not be waiting for drones as the main platform for last-mile deliveries.

Amazon also estimates that the autonomous capabilities of such vehicles will increase in the lifespan of this massive deployment. So it makes it a suitable platform for this scenario.  Nobody knows how Amazon will deploy such a huge number of commercial vehicles. Amazon might expand its local delivery network and offer drivers to take a Rivian and start working as a contractor. Pushing their amazingly fast and efficient delivery network to another frontier.It might force Tesla to announce the Tesla truck sooner.

Rivian is planning to get into Tesla-like production pace within a few quarters. Time is ticking for Tesla commercial car sales. However, the Rivian effect might cause more orders for both companies, as more light truck and van buyers will consider an EV in 2020. One advantage Rivian does have is that their new plants won’t be affected by employee-unions to the same degree as other USA based manufacturers. We can expect a highly automated production line, of all made in the USA vehicles. So one would assume they will be better at meeting their set targets.

Rivian is set to form an integral part of not just the Amazon supply chain but also their commitment to become a zero-emission company by 2030. This is 10 years before the Paris Climate Agreement of which they are on track to meet.