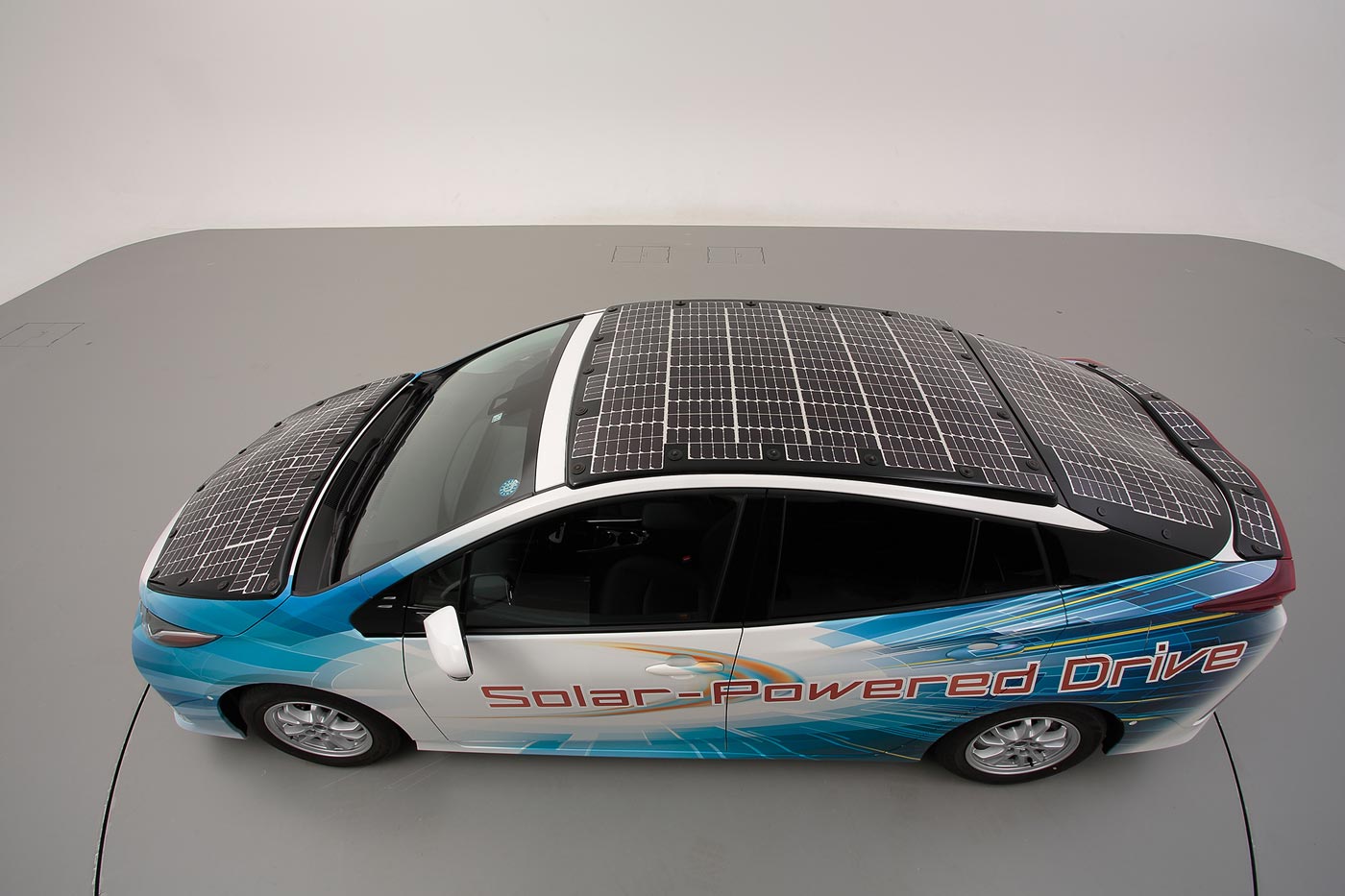 Solar-powered electric car running without need of charging may sound impossible, yet since July 2019 Sharp and Toyota have been testing demo solar powered EVs. In April 2016, NEDO (The Japanese National Research and Development Organisation) set up an PV-powered vehicle strategy committee, comprised of members from industry and academia. The committee’s research focuses on solar powered systems. Sharp and Toyota, industry members of the committee, have tested the potential of solar batteries toward CO2 emissions reductions in the transport sector.

Sharp and Toyota have covered a Prius car with latest generation solar cell technology, comprising a thin film of ~0.03mm in thickness.  The thin film can be installed on curved areas such as the roof, the hood, rear hatch door and other car areas. The prototype’s solar panel converts sunlight at an efficiency level of more than 34%, compared to ~20% for current panels on the market. The rated solar power output of the demo car is approximately 860W, compared to commercial (yet limited for some markets) Prius PHV with only 180W. 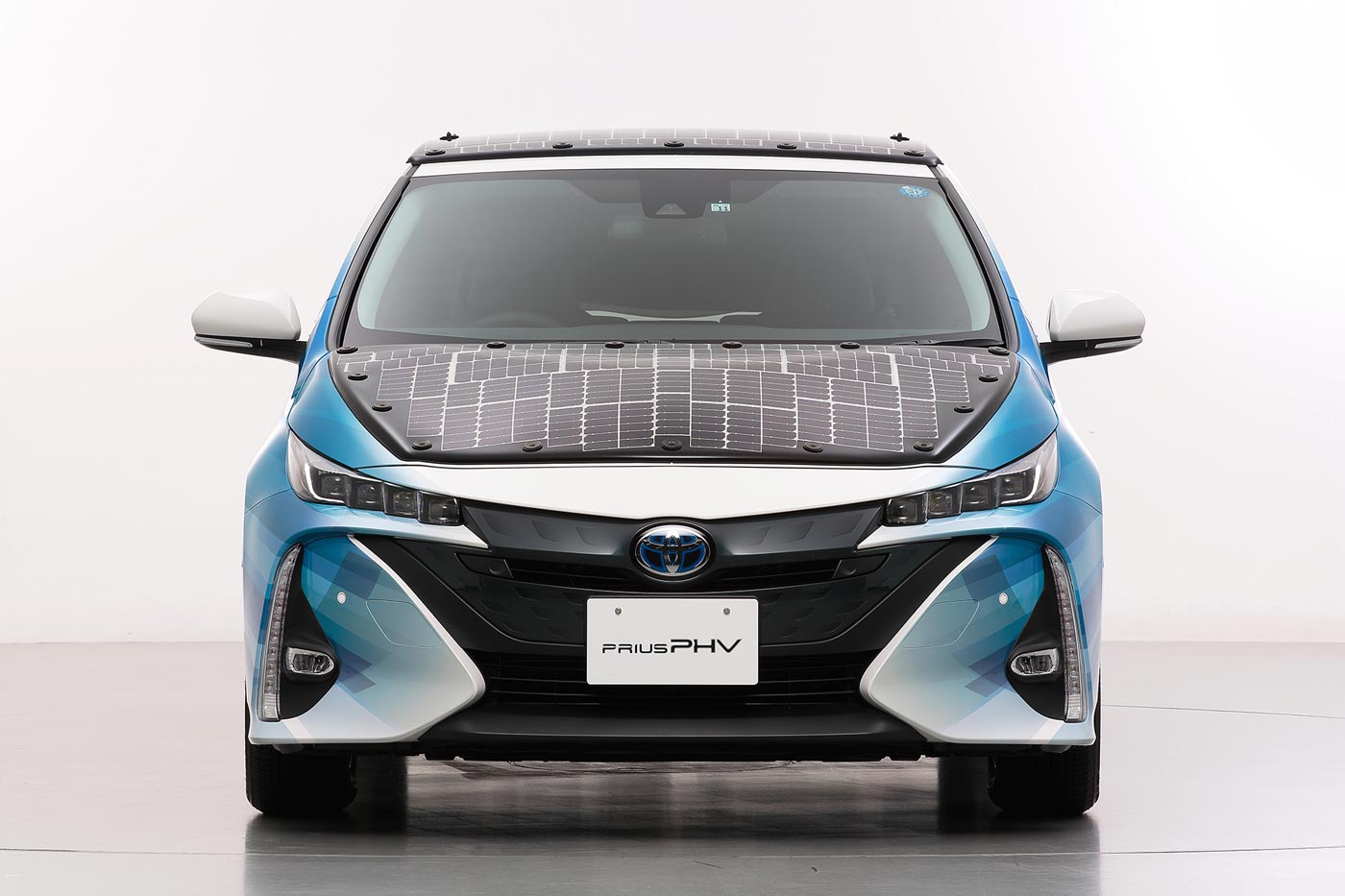 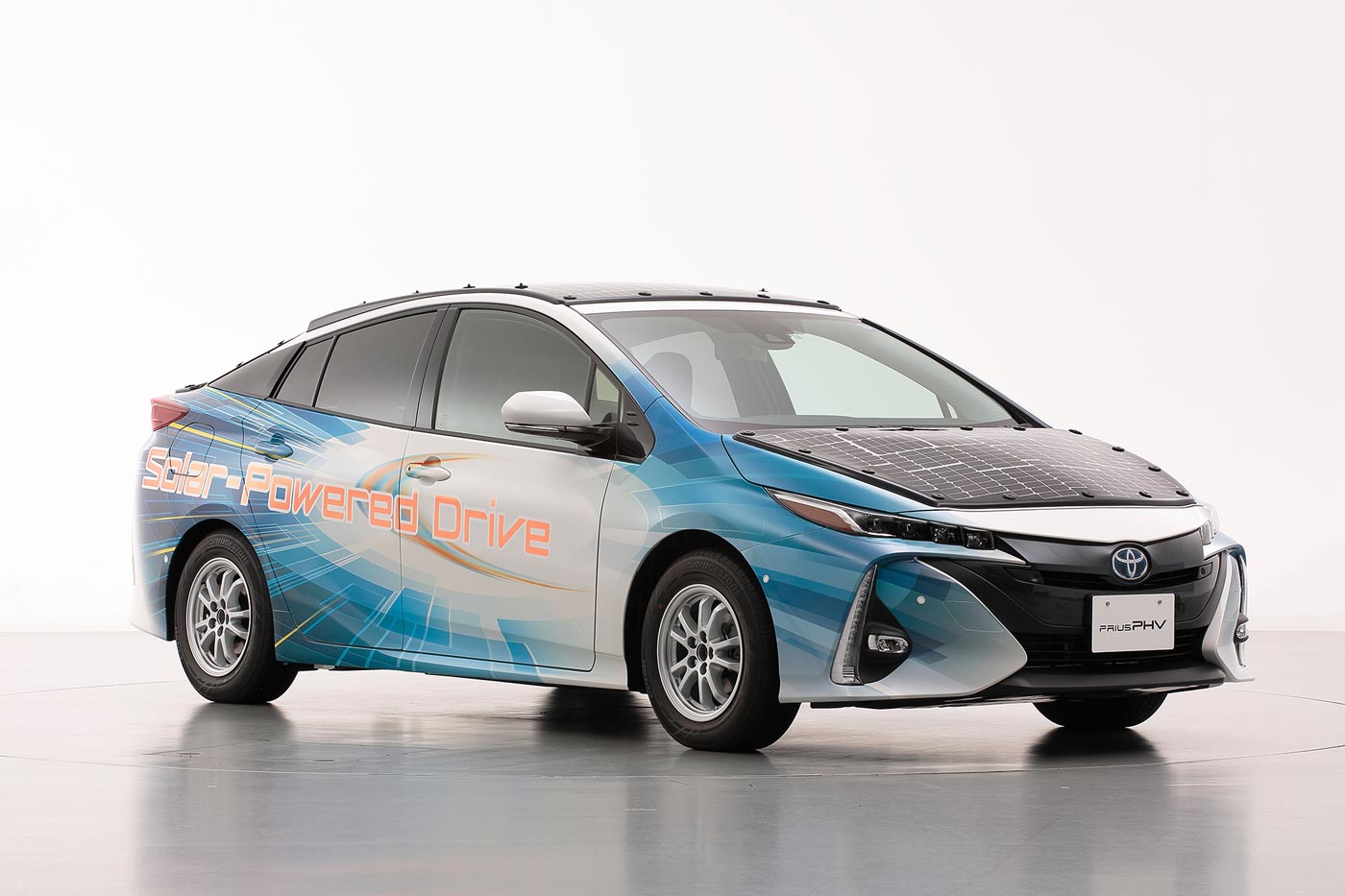 In addition to the enhanced efficiency introduced by this venture, the generated power from the panels goes directly to the main drive battery, hence the car can charge while driving or when parking — something that has been impossible until recently.

On ideal conditions in sunny countries, the charge should be sufficient for up to 56 kilometres of range. Yet performance drops off quickly in cloudy conditions or when the weather is hot. Thus, in real-world driving conditions, the Prius would have to be wall plugged-in to recharge. Building an optimal solar-powered vehicle still requires further research into various aspects, such as workarounds to enable such a vehicle to run efficiently in less sunny areas or extreme weather conditions.  Whilst it is expected to take time before commercialisation of solar technology for everyday EVs, it is encouraging to see R&D towards this effort.