Vera And The Future of Autonomous Trucks 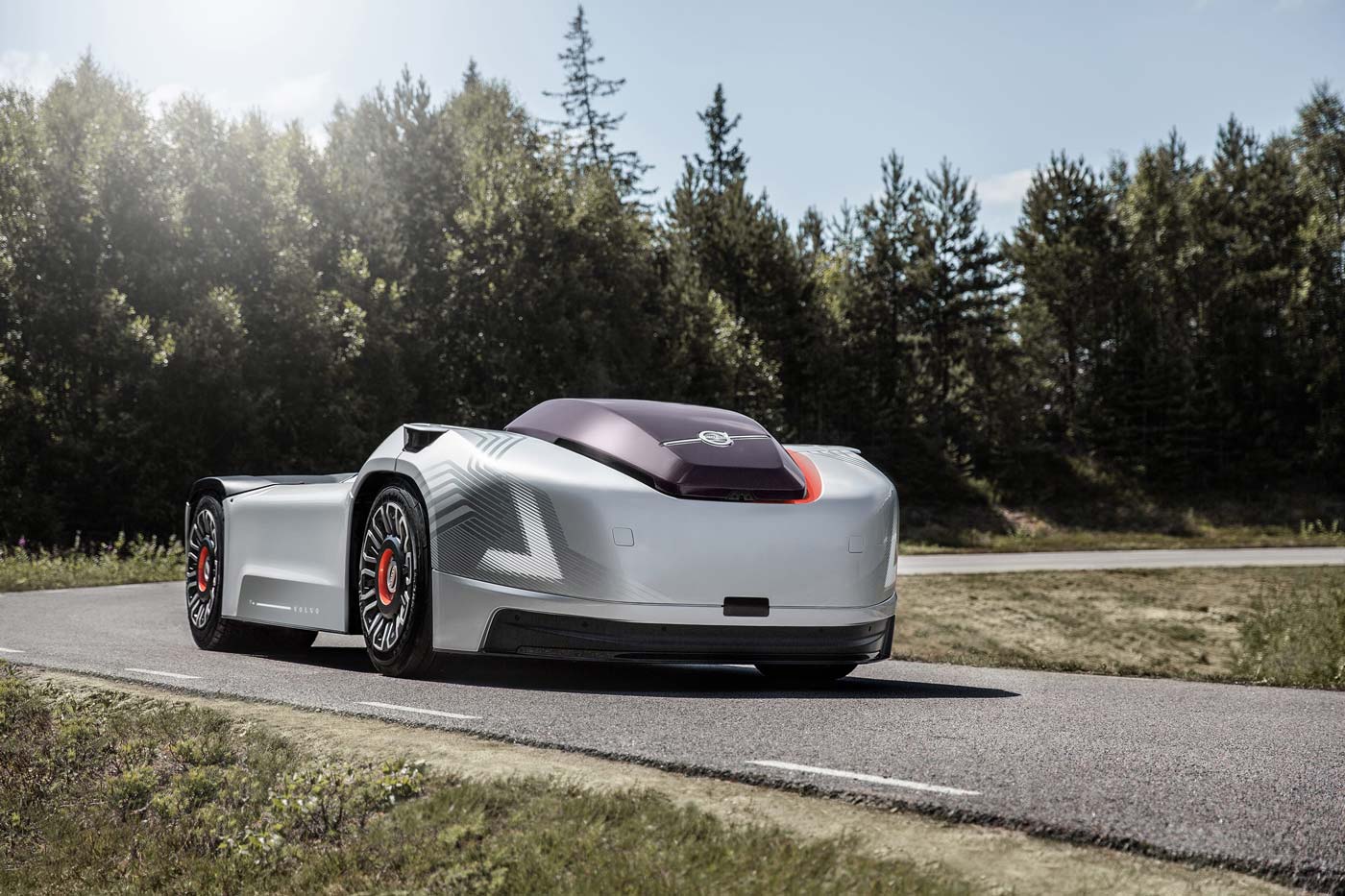 It used to be horses and cars that occupied roads, next it will be cars and semi-autonomous cars.

If you’ve heard of it you are one of the few who have! This futuristic, sports car looking machine, is actually a truck. No cab, no human driver and it might not even have a horn. This is the latest generation of Volvo’s autonomous truck project.

When it comes to autonomous vehicle development there are two approaches. Either it is a revolution or evolution.

Visionary players such as Tesla, are developing revolutionary platforms. A stand-alone autonomous vehicle solution. It includes all the required hardware and is upgraded by software. Ready for the future of fully autonomous vehicles. It’s a revolution because it allows Tesla to launch and sell a platform today! One that is suitable for tomorrow.

Vera, on the other hand, is an evolutionary project. While it provides some autonomous capabilities. It is built to operate like a UAV (Unmanned Aerial Vehicle). With a driver positioned in a control tower. Overseeing the operation ready to take control if needed. Some claim it is a winning approach. As it enables technology to be rolled out and deployed without waiting for full autonomous vehicle legislation and infrastructure. For vast countries like Australia, this is important. As Australia has the biggest highway network in the world. But it was built for human drivers, not machines. In many cases large sections of interstate highways have no lighting. Minimal street markings apart for the one line running through the middle. These roads are subject to harsh weather events and wildlife. This is where you can see that evolution might be the right approach.

Vera’s first assignment was announced in June 2019. It is being deployed to the Gothenburg Port in Sweden. Where Volvo’s test partner, the Swedish logistics giant DFDS (a company with US$2.5B annual turnover, listed on the NASDAQ with a US$15B Market Cap) will use Vera under certain constraints to move shipping containers from ship loading bays to storage and finally through customs.

Vera will operate in confined areas within the port. Restricted to a maximum speed of 40km/h, on flat simple routes and only performing repetitive tasks. The combination of a controlled environment, repetitive tasks, and remote human supervision is raising the success rate of this pilot project. And the data collected in such operation allows further refinement of autonomous capabilities.

One can guess that Volvo, and possibly DFDS will offer this solution to ports around the world as the project advances and gains some proven track record.

Another Vera pilot project is the transportation of limestone from a Norwegian query to a nearby port. The project was announced in July 2019. Once again, despite the Vera trucks’ autonomous capabilities, the vehicles will be supervised by a control tower. As it will share the public road with human drivers and traditional vehicles. The project features an operational concept: the query does not buy nor operates the Vera “hardware”. Instead pays per tonne of limestone transported. A product offered as a service. Based on its sheer ability to deliver better costs on the same mission performed by humans. 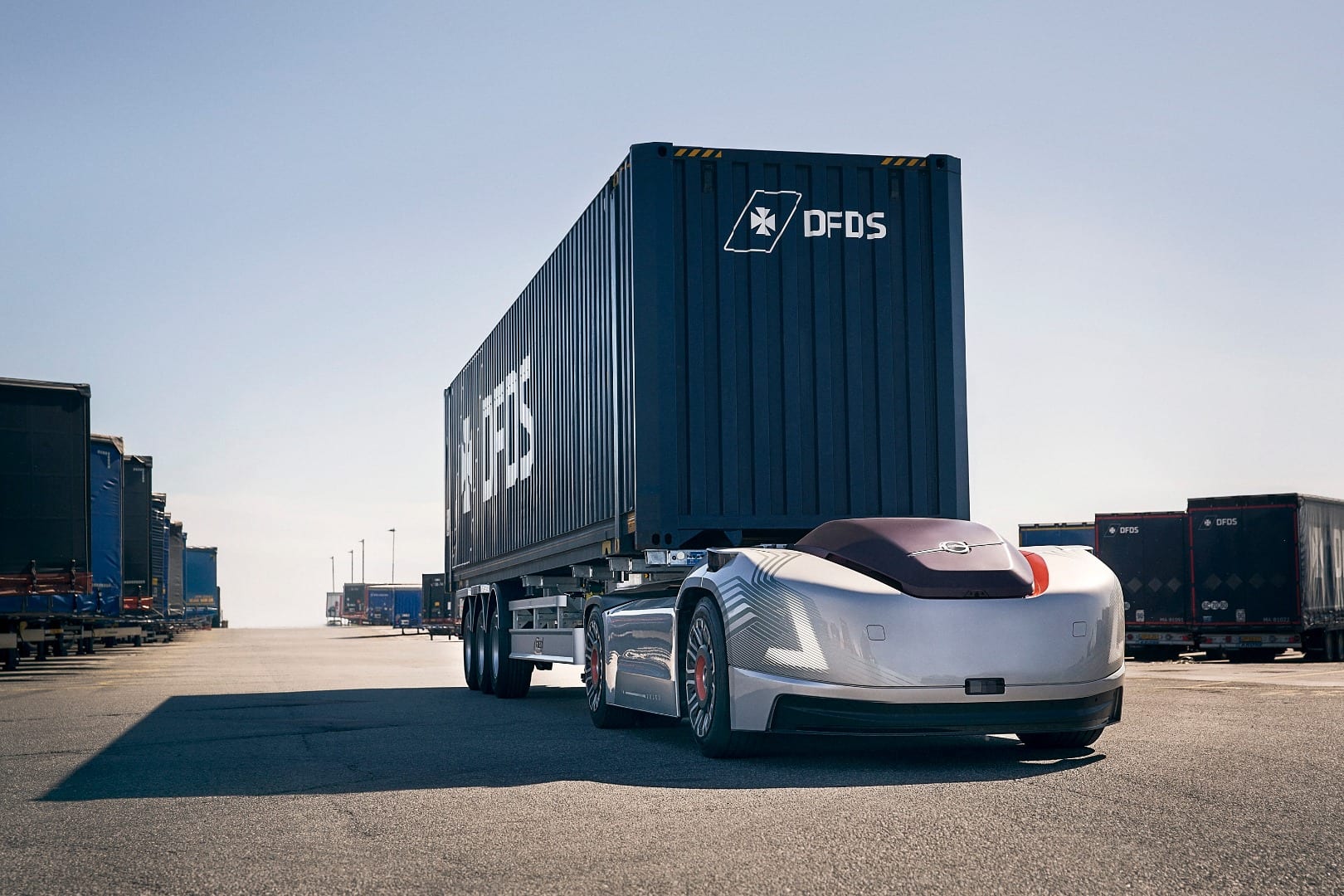 The Many Changes Born Out Of Vera

When you look at any truck today (including Volvo’s) you can appreciate the effort that is put into the design to satisfy the human element. With engineers having to consider ergonomics, heating and cooling, radios and the aesthetic appeal of the machine itself. All of this simply goes away when you remove the human driver. Leaving engineers to simply focus on electric motor, battery and wheels. The concept is vastly different and you are left with a futuristic machine.

We often read about autonomous vehicle concepts, where the driver is seated in the cockpit and takes over when needed. Vera is an early bird “UAV” like operation. Making it a good fit for intermediate legislation, with a control tower. Such a model can significantly reduce the fear of the regulators and advance a realistic framework for autonomous vehicles in the short term. In addition, powerful stakeholders, such as 5G operators, can favor and support such an approach, a good fit for their technology solutions.

Vera will not send home thousands of drivers any time soon. Pilot projects such as those described here take years to complete. All while Vera is expected to sell only a few hundred trucks, a drop in the ocean of tens of thousands of trucks on the road. Each Vera truck releases 3-4 drivers while employing 1-2 control tower drivers. With other new occupations related to the new operation to come.

Professions of the future

Given the disruption taking place in logistics by autonomous trucks. It is safe to assume that job titles will change along with it. If you we are to try and predict some of them it is plausible it will be something like this:

Will they be your next job titles?

If you are interested in the future of autonomous vehicles and logistics. And to gain a better understanding of our future and emerging opportunities. You are invited to attend  QODE Brisbane 2020!